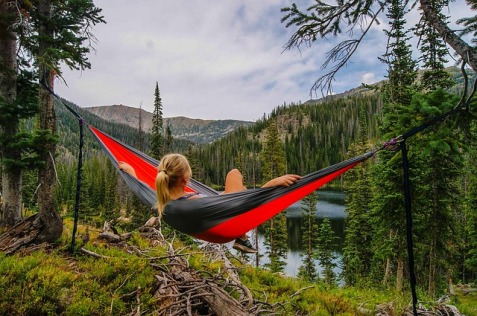 Sometimes doing nothing can be the wisest thing to do…

Unfortunately, it can also sometimes be the hardest thing to do.

When you have a goal in mind, an area where you long to see change, a dream you believe God has placed on your heart, it is natural to want to move towards that.  It feels like the right thing to do.  It feels like obedience to God.  It is hard to sit and wait and it can feel like a waste of time, but there are times when taking action is the worst thing we can do.

Abram was in this situation.  He had received a promise from God that he would have many descendants- a great nation.  The only problem was that he had no children and he was 75 years old, and even after several more years had passed, still no child was born.  It’s understandable that Abram began to wonder if the promise was ever going to come true.

He is honest with God about this:  “O Sovereign Lord, what good are all your blessings when I don’t even have a son?”  (Genesis 15:2)  God reassures him again that he will have a son, that his descendants will be more numerous than the stars in the sky. And “Abram believed the Lord.”  (Genesis 15:6)

So far so good, but as he continues to wait, maybe he begins to wonder if he is missing something he is meant to be doing.  Otherwise, surely it would be happening…  So when Sarai suggests that he should sleep with her servant Hagar, he agrees.  Maybe he thinks this is how the promise is going to be fulfilled.  However the consequences of rushing ahead instead of waiting for God are not pleasant and lead to a lot of hurt and heartache for several people.

Then there’s Moses.  He has been brought up in the Egyptian palace but he knows he is really an Israelite, so when he sees a fellow Israelite being brutally beaten, his sense of justice causes him to step in and take action.  Surely that’s a good thing?

Unfortunately he ends up killing the Egyptian and having to flee his homeland.  Again, the consequences of rushing ahead are severe.  The passion that he had to see the Israelites set free came from God, and he would be the one to lead them to freedom, but this was not God’s time or God’s way.

Later the Israelites themselves fall into the same trap.  They have been dramatically rescued from Egypt, they have escaped through the Red Sea and they are on their way to the land God has promised when Moses goes up Mount Sinai to meet with God to receive the law for the people.  This takes a while and the Israelites left at the bottom of the mountain begin to doubt: maybe Moses isn’t coming back, maybe they’ve been abandoned here, maybe they should try to find their own way forward.  So they do, by creating a golden calf to be their “god.”

It sounds like a ridiculous thing to do after the many ways they have seen God’s faithfulness, but I know that when I am waiting and God seems silent, I can be tempted to find my own way forward in equally ridiculous ways, instead of waiting and trusting.

Sometimes doing nothing can be the wisest thing to do.

In contrast to these examples, there are those who get it right- the disciples, after Jesus has returned to heaven, waiting in Jerusalem for the Holy Spirit to come, knowing that they can’t step out and do anything without his empowering; or Moses, after the incident with the golden calf, refusing to move ahead into the Promised Land without God: “If you don’t personally go with us, don’t make us leave this place…Your presence among us sets your people and me apart from all other people on the earth.”  (Exodus 33:15-16)

So, as I consider my current time of waiting, I’m encouraged me to do just that- to wait.  Wait for God’s guidance and wait for God’s timing, rather than rushing ahead and trying to do it by myself- because without him, I have nothing and I am nothing.

In church on Sunday, we focussed on a familiar passage: “I am the vine; you are the branches.  Those who remain in me, and I in them, will produce much fruit.  For apart from me, you can do nothing.”  (John 15:5)

As I thought about it in the context of waiting, it struck me in a new way, and reminded me of the futility of rushing ahead without God.  Though I long to see fruit in a particular area and I feel called to bear fruit in this area, I cannot make it happen.  Apart from him, I can do nothing, so it’s pointless to try.

What I am called to do is to remain in him, to stay connected, to let his life and his Spirit flow through me.

Only then can I bear fruit, but in his way and in his time- not in mine.

Join me throughout November and December as I focus on the topic of waiting.  Click here for an index of all the posts in the series.

35 thoughts on “When The Wisest Thing To Do Is Nothing”