After thinking about writing monthly reflection posts for most of last year but only actually doing it once, I have decided that 2017 is going to be the year, so here are some highlights and reflections on January!

My word of the year:

My word for the year is Voice.  I suppose it was inevitable that as I started the year wanting to focus on God’s voice, the enemy would see it as a challenge to shout even louder to try and distract me.  There have been times this month when the lies have seemed incredibly loud and persistent and it has not always been easy to focus on God’s voice or even to recognise his voice in the midst of the noise, but I think I am learning.

One area I have been reflecting on is how I respond when I feel my voice isn’t being heard or valued.  Unfortunately I’ve had plenty of practice this month, partly due to an ongoing issue with commenting on certain blogs.  It is not fun when your comments are repeatedly marked as spam for no reason.  Even though I know it’s a computer glitch rather than an intentional dismissal of my words it becomes incredibly frustrating after a while to feel that there is no way for the words to get through.  (On the plus side, the bloggers I have managed to contact about this could not have been more lovely or helpful, and they have gone out of their way to assure me that my words matter to them.)

My other main reflection on the word Voice has been the need to give voice to my feelings more: to acknowledge them and express them, whether to another person or to God.  I realise I have a tendency to deny negative feelings or preach to them rather than listening to them, and while it is important to hold to God’s truth it is also important to acknowledge the feelings first, rather than using truth to suppress them.

Finally, I watched the movie “Florence Foster Jenkins” this month.  It tells the story of a woman who became a well-known singer in New York City in the 1930s and 40s despite the fact that she was unable to hold a tune!  A quote from the movie really stood out to me.  Towards the end of her life as she is talking about how she will be remembered she says: “People may say I couldn’t sing, but no-one can ever say I didn’t sing.”  While I definitely don’t suggest that people who are tone deaf should attempt a career in singing, it did make me consider that our voice and the words we say are never going to please everyone and may not always be accepted, but that should not be an excuse for remaining silent if we believe we have something to say. 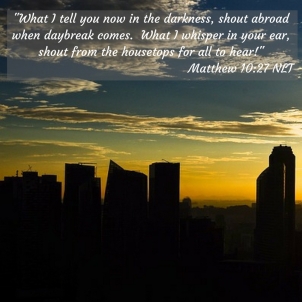 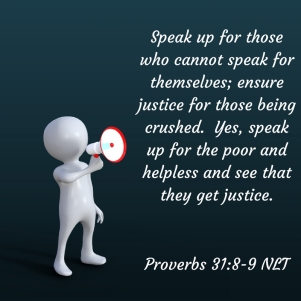 How has your January been?  Feel free to share a highlight or reflection in the comments.