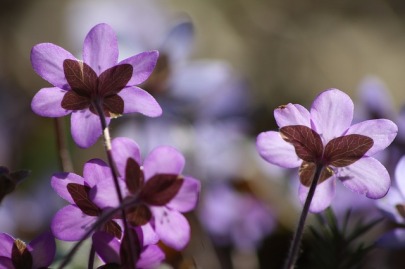 It’s hard to believe we’re at the end of another month!  March has been busy and seems to have flown by.

So that I can fit in a monthly reflections post I’m taking a break from the series on “Questions Jesus Asked” this week but there will be two more posts to complete the series coming soon.  I’ve really been enjoying this series.  It has benefitted me so much to dig deeper into Jesus’ questions and there has been some great discussion in the comments section too.  If you want to catch up you can find last week’s post here, and the links to all the others are at the bottom of that post.

As I said, March has been busy, but I think I’ve learned a lot.

A rediscovery this month was how much I enjoy writing music!  This is something which I used to do regularly but haven’t done at all the last few years.  A friend asking me to set a poem she’d written to music provided the motivation to get back into it and made me see this is something I definitely want to do more.  (If only there was time for all the things I want to do!)

At the beginning of this year I began keeping a gratitude journal, writing down two or three things I’m grateful for everyday.  Three months in, I would say this has been a very easy habit to keep.  It is something I’ve enjoyed doing, it has made me feel more positive, and it was amazing to look back over three months’ worth of entries and to see so many blessings listed.

My word for the year (Voice):

The focus for me in March has been speaking out in different situations.  A couple of times I had to push myself to speak up in situations where I was struggling to be heard and where in the past I would have remained silent.  It was encouraging that when I persisted and pushed myself to do this I was listened to in the end.

I also shared a difficult part of my story with a friend.  I had felt for a while that I should and the right moment finally presented itself.  For me, the act of speaking out showed the healing God has done in this area.  It was much, much easier than any time I have spoken about it in the past, and I’m grateful for that and for how she responded.

How has March been for you?  Feel free to share a highlight or reflection in the comments.

I may have limited time and/ or internet access this week- I’m not sure exactly how it’s going to work out- so if I am slower than usual in visiting your posts and responding to comments that will be the reason.  I will catch up next weekend if I don’t make it before then.