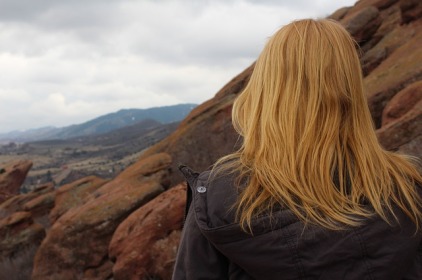 When you’re facing a big trial, you need to know that God is bigger.

Of course the classic example of this is the story of David and Goliath.  The Israelites are facing a BIG trial- a ferocious nine foot giant.  For forty days they quake and tremble, overwhelmed by the size of the challenge, as Goliath struts in front of them, mocking them and taunting them.

Then David arrives: just a boy, too young to fight, with no experience of battle.  But he sees what the rest of the Israelites fail to realise: no matter how big the challenge they face, God is bigger.

With just a sling and stone, David bravely goes out, in God’s strength, to take on Goliath, and with a single shot he wins the battle!

It’s a remarkable story of the underdog triumphing against all the odds, and David’s confidence in God is impressive, but it is even more remarkable when you consider that he had every reason to feel small and insignificant.

A while before this, the prophet Samuel had come to visit David’s family, having been instructed by God that one of them was to be the next king.  (1 Samuel 16) Jesse lines up his seven older sons to meet Samuel, but David isn’t even invited to the party.  He is left out in the field, looking after the sheep, and is only hastily summoned as an afterthought, following an awkward moment when Samuel has to tell Jesse that none of the sons who are present have been chosen.  Eventually David is sent for and he is anointed as the future king.

You’d think his brothers would have respected him more after that, but he certainly doesn’t receive much of a welcome when he arrives at the scene of the battle with the Philistines.  I mean, he was bringing them food- you’d think they’d be grateful!  Instead Eliab, the oldest brother is dismissive of David:  “What are you doing around here anyway?… What about those few sheep you’re supposed to be taking care of.  I know about your pride and deceit.  You just want to see the battle!”  (1 Samuel 17:28 NLT)

Many people would have been put off by this but, undeterred, David goes to King Saul and volunteers at once to fight Goliath, only to receive yet another discouraging response:  “Don’t be ridiculous…  There’s no way you can fight this Philistine and possibly win!  You’re only a boy and he’s been a man of war since his youth.”  (1 Samuel 17:33 NLT)

Still David persists, and finally he is allowed to face Goliath.  Unsurprisingly, Goliath doesn’t see him as much of a threat.  He sneers in contempt and curses David by the names of his gods, certain that David doesn’t stand a chance, but David steps out in total confidence- not in himself, but in who God is.  “Everyone assembled here will know that the Lord rescues his people, but not with sword and spear.  This is the Lord’s battle, and he will give you to us!”  (1 Samuel 17:47 NLT)

David triumphed- not only over Goliath, but over all the negative words spoken to him, over the way he was dismissed and disregarded even by his own family, over the voices that told him he couldn’t do it, that he was too small- all because he realised that it wasn’t about how big he was, and it wasn’t about what other people thought of him.  It was about God- and he was bigger than any of that.

David’s faith is a challenge to me.  Too often, from my perspective, the challenges look too big, I feel too small, and if people’s responses are negative it can really put me off.  But David lifted his eyes from these things and looked to God- remembering his help and provision in the past, trusting in God’s saving power and embracing the truth that NOTHING is impossible with God.

So when we feel small, let’s remember that it’s not about us.  It doesn’t matter if we feel weak or insignificant, or if that is how others view us.  God says, “My power works best in weakness.”  (2 Corinthians 12:9)

And no matter what challenges we face, his power is infinitely bigger!

This post is an edited version of an older post, but it will probably be new to you as very few people read my blog back then!  As I begin my year of “focus” I thought it was a good reminder of the power there is when we choose to focus on God, rather than on the challenges we face or the other voices around us.