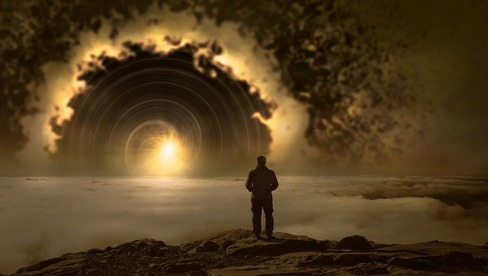 “In those days, Israel had no king; all the people did whatever seemed right in their own eyes.”  (Judges 21:25 NLT)

The book of Judges has never been an easy read.  Hardly a page is free from violence: wars and battles, murder and rebellion, tent pegs being hammered through people’s heads… it should probably come with a content warning.  It’s not the kind of thing you want to read just before bed if you’re hoping for a good night’s sleep.

Because it’s difficult, it can be easy to avoid it when we’re reading the Bible- stick to the nicer parts, the parts that are easier to understand.  What relevance can Judges possibly have for our lives today?

As it turns out, quite a lot!

As I have taken part in the She Reads Truth study of Judges over the last few weeks, I have been struck by how much it has to say that is relevant to our culture today.

The verse at the top of this post sums up the similarity between our two very different cultures- everyone doing what seems right in their own eyes.

In a world that encourages that same attitude- be true to yourself and do what seems right to you- it is sobering to look at the book of Judges and see where that mindset leads.

The book is an endless cycle of wars interspersed with short periods of peace, long years of rebellion broken by brief moments of repentance and submission to God, lengthy spells of darkness and oppression punctuated with short-lived times of victory.

It’s not the most hopeful of books.  From the beginning to the end, the cycle continues, and at the book’s conclusion it remains unresolved.

However, I think there are some valuable lessons we can draw from it:

1. Lasting peace is only found in God.

At the end of the book of Joshua, after a long journey, the Israelites have finally made it to the Promised Land.  They have witnessed God’s power in helping them drive out the other people in the land and fight off their enemies.  This is where you’d expect the story to end: “And they all lived happily ever after.”

But as we read on into the book of Judges we see that nothing could be further from the truth.

The Israelites are constantly seeking peace in their circumstances.  They turn to God out of desperation, but every time they find the peace that comes from surrender to him, they become complacent and drift into sin once again.

It’s easy for us to put our hope in circumstances: if I can get that job or win that award, or if I get married or have a child, if I get that new house or make a certain amount of money or publish that book, my life will be sorted and I will be happy.

The truth is we are never going to find our happy ending in earthly circumstances, but only in knowing God and surrendering to him.

2. We need to remember what God has done and pass it on.

Forgetfulness is a big part of the Israelites’ problem in Judges.  They never seem to learn from their mistakes.

God steps in and rescues them time and time again, but they are quick to forget this and return to their old ways.

The problem begins almost immediately after Joshua dies: “Another generation grew up who did not acknowledge the Lord or remember the mighty things he had done for Israel.”  (Judges 2:10 NLT)

If we want to avoid the same situation, we need to remember what God has done and we need to pass it on to the next generation. 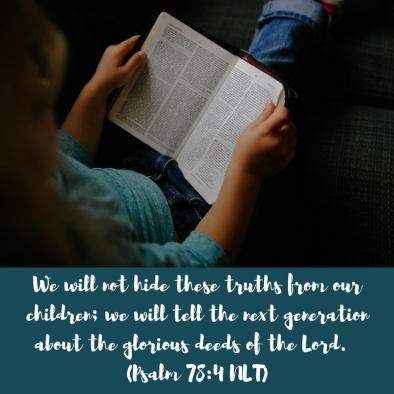 3. God doesn’t abandon his people and he uses unlikely people to do his will.

It’s notable that no matter how many times the Israelites fail, whenever they cry out to God, he rescues them.  He never tells them they’ve used all their chances, but he shows them that he remains committed to them and his mercy is without limit.

The people he uses are often surprising: Gideon- timid and scared, lacking in confidence and reluctant to rise to the challenge, and Samson– outwardly strong but inwardly weak, seriously flawed, but still used by God.

I’m sure most of us can relate to one of these, or another of the judges God raises up to lead his people.  I know that I’m always grateful to read Gideon’s story as it reassures me that if God can use him, God can use someone like me.

The book of Judges is a challenge to seek God, even when that goes against the prevailing culture, and to be open to how he may want to use us even with our flaws and our weakness.

4. Jesus is the true rescuer

He’s not explicitly mentioned in the book of Judges, but there are clues that point in that direction.

The promised deliverer, weakened and bound, is led before a mocking crowd, convinced that they have won the victory and the “hero” is defeated.  But then, arms outstretched, he deliberately sacrifices himself, winning the true victory and securing deliverance for many.

As I said, the book of Judges ends as it began, the cycle of sin and redemption unresolved.  No human leader was ever going to be the answer to the Israelites’ problems, and I think that’s what we’re meant to learn.

But as we look at society today, with everyone doing what seems right in their own eyes, we look from a different standpoint, because we do not need to remain in this endless cycle.  There is a solution, a permanent one.

There is hope, and his name is Jesus.

17 thoughts on “Breaking The Cycle”