This post is written to link with Five Minute Friday: write for five minutes on a one-word prompt.  The prompt today is “stuck.”  Also linking with Sunday Thoughts. 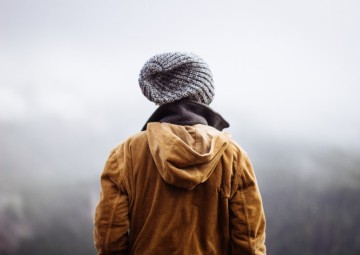 Photo by Luke Pamer on Unsplash

News had reached him that a mighty army was coming against his people. The Moabites, the Ammonites and the Meunites were headed in his direction, ready to attack.

It wasn’t looking good and, understandably, Jehoshaphat was terrified. He knew that his little army didn’t have the strength to stand against this mighty force determined to destroy.

What was he meant to do?

He did the only sensible thing he could do: go to God.

Urge the people to fast.
Pray to God and seek his help.
Remember God’s power and how he has displayed that in the past.
Hold to God’s promises that he would be with his people and rescue them.
Admit that he was helpless.

“We are powerless against this mighty army that is about to attack us.  We do not know what to do, but we are looking to you for help.”  (2 Chronicles 20:12 NLT)

And God came through in a mighty way.

Emboldened by God’s presence and reassurance of victory, Jehoshaphat led his people into battle singing praise to God and, as they did so, the invading armies turned on one another!

Jehoshaphat and his army didn’t even have to fight. They simply stood praising and watched as God won the battle.

We may not have literal armies attacking us, but I’m sure we can all relate to the feeling of pressure when it seems that mighty forces are attacking us: anxiety, depression, illness, financial struggles, difficult relationships…

Sometimes we can just feel stuck. We don’t have the strength and we’re unable to see the way forward.

In times like these, let’s remember that we are not alone. While we may not have the strength or the wisdom to see our way out of these situations, we have a God who is all-powerful, who cares, and who promises to help us.

And who knows what God will do?

Maybe, just maybe, if we turn to him and ask for help we will see him come through in ways beyond anything we could ever have imagined!